The current Prime Minister of Ladonia is Erik Jörgen Stenberg (residing in Malta, but is originally from Swedish Lapland). Because being prime minister requires also being a member of the Cabinet, the PM also holds the role of Minister of Karaoke and is the Ambassador to Malta and Lapland.

Prior to 2020, the Head of Government position was held by a generally elected president. The president role was converted to a ministerial position by the Cabinet in November 2019 to ensure that the HoG had a record of serving in the Cabinet (Legislature).

(For a historical listing of former presidents of Ladonia, see here)

Role of the Prime Minister

The prime minister in Ladonia is the head of a cabinet and the leader of the ministers in the executive branch of government and serves as the Head of Government. In Ladonia, the prime minister is also always a member of the Cabinet of Ministers (the Legislature) and is expected with other ministers to ensure the passage of bills through the legislature. 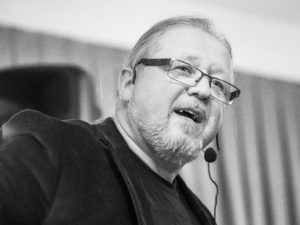 Jörgen Stenberg, Minister of Karaoke, was appointed Prime Minister of Ladonia on January 1, 2022. He will serve a 2 year term. Email: [email protected]